In no particular order, I am an anthropologist, university teaching professor, former lawyer, and mom of two, but primarily I’m an American with a weird sense of humor, who, when asked “who am I?” am most likely to burst out yelling, “Two-four-six-oh-ONE!” I may also be a complete dork. Jury’s out.

I began my love affair with Anthropology as a college freshman, taking “Language and Culture”. I was hooked, and doggedly stuck with the field even while simultaneously working my way through the panoply of middle class aspirations. At the same time that I was taking pre-med classes, surveying public health graduate programs, and then actually attending law school, I also majored in Anthropology then earned my master’s degree. After I finally realized that I did not want to be a doctor, a policy maker, or a lawyer, I succumbed to the field whole-heartedly and got my doctorate in Anthropology. 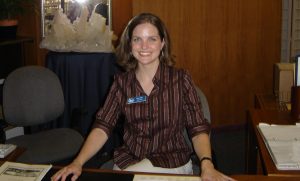 Through all of my degrees, my research has focused on American cultural phenomena. My undergraduate thesis explored the Crossing the Line ritual that the U.S. Navy performed at the equator. My Master’s thesis examined the use of PMS as a defense for violence in American courts, as well as the social consequences of relying on a biological issue to explain women’s erratic behavior. Finally, for my doctoral dissertation, I lived, worked, and participated alongside two very different religious organizations in Virginia—one at the forefront of the Religious Right, the other at the forefront of eclectic New Age practices.

I currently teach cultural anthropology as a university lecturer at Northeastern University, and am writing two books, one on my field research in religion and scientific authority, the other on medical culture, all while I’m raising two small children. Needless to say, the children are growing much faster than the books. You can find out more about me and my work using the following links:

relevANTH and Dr. Hersh in the press:

Dr. Carie Hersh (Northeastern University) also recently launched a blog called Relevanth, where she tries to make anthropological ideas and knowledge relevant to day-to-day life. Dipping primarily into linguistics and cultural anthropology, Hersh’s recent posts have tackled differences between regional ways of talking (“Your Accent Is We-ahd“) and similarities between “The Hidden Cultural Values of Massholes and Y’all Qaeda.”

Behind the Strange and Controversial Ritual When You Cross the Equator at Sea – Cale Weissman http://www.atlasobscura.com/articles/behind-the-strange-and-controversial-ritual-when-you-cross-the-equator-at-sea

An intriguing article about ongoing civilian rituals at the equator. Although the author promoted me to “professor”, he did a good job reporting on our interview and on my “Crossing the Line” article (see below).

My dissertation on how science and academic knowledge were perceived and used by two very different religious organizations. A book version has been in the works for a while…

One of the chapters of my dissertation, published in a volume featuring cross-disciplinary articles on religion and science.

This article was a reworking of my undergraduate thesis about a since-then-greatly-altered naval ritual in which King Neptune visited the ship when it reached the equator and things got…weird.