Welcome to the (sur)reality that is the American election of 2016. The latest in a series of Perplexing Statements that People Believe Despite Immeasurable Evidence to the Contrary was uttered by an Ohio Trump campaign chair, Kathy Miller:

“I don’t think there was any racism until Obama got elected. We never had problems like this.” 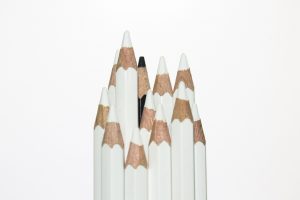 Miller, who has since resigned, went on to paint a picture of a nation whose streets were paved with gold, and whose history was as accurate and factual as that of the land of Oz:

“If you’re black and you haven’t been successful in the last 50 years, it’s your own fault. You’ve had every opportunity, it was given to you,” she said.

“You’ve had the same schools everybody else went to. You had benefits to go to college that white kids didn’t have. You had all the advantages and didn’t take advantage of it. It’s not our fault, certainly.”

Oh my aching head. There are so many problematic suppositions in Miller’s perspective that I’m frozen with indecision over how to start. Let’s break them down.

Let us not confuse how we want the world to operate with how the world actual operates. It would be marvelous to belief that, in this great nation of immigrants, everyone had equal standing to pull themselves up by their bootstraps. But there is so much evidence to the contrary that ignoring our lack of social mobility, our institutionalized racism, our disdain for the poor and adoration for the wealthy requires a special form of delusion. It’s called privilege.

It is a privilege to not see the struggles of people of color. It is a privilege to see only your own troubles and assume they are equal to those of others, who in fact have struggles much, much different than your own. If you are poor and white and angry, because jobs are shrinking while drug dependency is increasing, you don’t necessarily feel your privilege. But that doesn’t mean you don’t have unasked for benefits in contrast with non-whites in your situation. As Peggy McIntosh laid out in her famous essay “White Privilege: Unpacking the Invisible Knapsack,” examples of white privilege include:

“I can turn on the television or open to the front page of the paper and see people of my race widely represented.” Perhaps the increased visibility of black Americans through the Presidential figure of Barack Obama is what is jarring some white folks in contrast to centuries of absence of representation.

“When I am told about our national heritage or about “civilization,” I am shown that people of my color made it what it is.” The decision to put black abolitionist Harriet Tubman on the twenty dollar bill was met with derision as “political correctness” or concern over “dividing the country” by those who feel that discrimination against whites is as big a problem today as discrimination against other peoples (a fear that has no basis in social science, human rights, or criminal justice data). Taking a step back, I want to point out this change would put one black person in a sea of currency featuring white slave owners. Hardly an overthrow of white historical domination.

“If a traffic cop pulls me over or if the IRS audits my tax return, I can be sure I haven’t been singled out because of my race.” The visibility of police brutality against black men in particular has never been higher, along with evidence of racial profiling in police departments. As I point out in “I Don’t Care What Your Beliefs about Racism Are,” institutional racism exists. And if you don’t believe me, follow any one of the dozen links I provide there to see the data and read the stories.

“I can if I wish arrange to be in the company of people of my race most of the time.” This one is key. Without intimate, empathetic contact with people different from you, how would you know what their lives are like? If the history books tell the story only from your perspective, and your news and pop culture feeds are filled with people speaking from your perspective, how would you ever find out what life was like for not you? It requires effort. More effort than most are willing to extend, especially when they already feel like their position in society is threatened. Which leads to the remaining definition:

Blaming the victim is a product of fear. Whites blaming black folks for not doing better financially or politically may in part be ignorance, but most of the time is deliberate blindness springing from a fear of what an actual level playing field would look like, and what kind of a loss that might mean to give up white privilege. It is not surprising that white supremacist groups have suddenly gained visibility in the face of a black president and a female presidential candidate.

What exactly are you afraid OF, fellow white folks?

Are you concerned you will be treated by black folks the way white folks have treated them for so long? There is no evidence that this has ever happened, or is the goal of, for example, Black Lives Matter activists. But if you’re worried about that, shouldn’t the solution be treating others as you wish to be treated by acknowledging their particular struggles and offering aid and apologies?