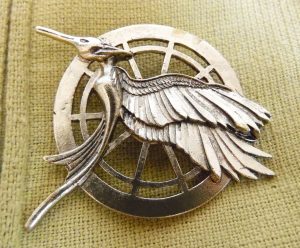 With Donald Trump defending the size of his hands, Ted Cruz dropping out of the race the week after recruiting former opponent Fiorina as a running mate, Hillary Clinton marketing a fundraising “woman card” to take advantage of Trump’s misogynistic gaffe, and Sanders supporters arguing that voter fraud is to blame for his losses in New York and Arizona, the 2016 presidential campaign has been nothing if not entertaining. But just ask Katniss Everdeen—whether you find the games entertaining or deadly depends very much on where you are in the system. Welcome to the 58th quadrennial American Presidential Hunger Games. The term “Bread and Circuses, or “Panem et Circenses”, was used by Roman author Juvenal to describe the political strategy that kept the diverse and contentious Roman … END_OF_DOCUMENT_TOKEN_TO_BE_REPLACED