Yet another parenting article popped up in my Facebook feed this week. Not a How-To parenting article, which is annoying enough, but a You’re-Doing-Everything-Wrong parenting article. Generation X’s Parenting Problem, published in 2015 but making the rounds again now, is a diatribe about how today’s parents are doing everything wrong. Life was so great when we were kids. Parents today are stressed- 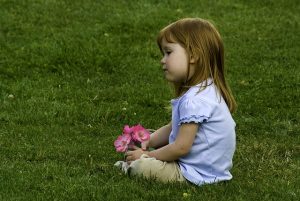 out maniacs who need to relax. We turned out fine. Kids these days have it too easy. If only parents today followed their parents’ and grandparents’ choices, everything would be great.

The problem is, we don’t live in our parents’ or grandparents’ world.

Just like the insipid and ubiquitous memes about how “My childhood was awesome: I was beaten with a belt and I learned respect”, these parent-blaming articles rely on a whitewashed version of history that romanticizes the sometimes terrible mistakes of the past and overlooks the reasons why we do things differently today.

Unlike our parents, we don’t smoke, let our kids “cross busy intersections during rush hour”, or hire random neighborhood teenagers to watch our small children, because we watched our parents learn the hard way why those things carry risks bigger than we’re willing to take. I had friends who died because of lax childcare, relatives who suffered permanent brain damage from riding bikes without wearing helmets, and family members who were molested by those random neighborhood teen babysitters. I don’t let my kids eat foods that carry known carcinogens because I’m absolutely exhausted from family members sickening and dying from cancer. We don’t spank our kids because of the literally hundreds of studies that demonstrate it is not only ineffective, it’s harmful. And how could we do otherwise, knowing what we know?

We live in a toxic, dangerous world, but humans always have. The risks are different today than they were in past generations, but then so are the social structures that help us manage them. Tens of thousands of years ago, our hunter and gatherer ancestors faced wild animals, unpredictable environments, and poisonous plants. Yet they survived ridiculous odds without fangs or claws or exoskeletons, by sharing information and working together. People lived communally, usually in small groups of about 20 to 30 family members, relating stories of past tragedies and passing along wisdom on how to survive. And, importantly, they shared responsibilities.

The reason we’re so freaking stressed today as American parents is because we have the huge burden of protecting our kids from a dangerous and toxic world WITHOUT the kinship structure of past societies or the social institutions which all other first world countries have implemented to compensate for the way our social structure has changed. Most of us don’t live communally or within extended families; rather, we exist in nuclear or single-parent families. We have a loose kinship structure and often follow our schools or jobs miles away from our extended families. We almost never forage or grow or raise our own food entirely, instead relying on strangers to do it for us.

All the aspects of our lives are connected—kinship, ecological, economic—and our modern industrial, agricultural, capitalist system is an historically new way of being, only a couple of centuries old compared to the millions of years humans spent foraging. And what we’ve found, after generations of trial-and-error, is that it’s a system with some pretty big drawbacks. Exploitation of laborers, environmental devastation, consumer safety issues, and toxic food and household goods are all natural consequences of an ecological and environmental system that seeks profit through mass production while keeping costs as low as possible. Knowing that, we protect ourselves, just like our hunter-gatherer ancestors, by sharing knowledge and working together, whether unionizing to protect workers from exploitation, legislating to control industry’s effect on the environment, or regulating what can be put into our foods. But our knowledge is outpacing our ability to work together, particularly in America.

Our childhoods in the 50s or 60s or 70s were far from idyllic or stress-free, and had huge consequences, many of which we are only figuring out now. Because our knowledge sharing is so advanced we find ourselves having access to scientific studies about how our food causes cancer or our houses cause asthma or playgrounds risk killing or maiming children. We have that information, but what can we do about it? We can source our food and make organic homemade snacks like the author of the above article so snidely mocks. We can quadruple check whether our children’s friends’ homes have unfenced pools or loaded guns in the house, because we know the statistics and the likelihood of harm is so unbelievably high. We can pitch a fit about our schools’ increasing homework and reducing time for recess because we know from hundreds of developmental studies that is the exact opposite of what the developing bodies and brains need. Do you see the pattern there? WE have to do it.

The problem with parenting is not that we’re so uptight, but rather that we are responsible for WAY TOO MUCH. We are overloaded with information, held to impossible parenting standards, and have less and less social support.  We have to become experts in 10 fields that didn’t even exist when our parents were born. And we’re doing it with less support than ever.

America is the only first world country without paid parental leave. It is a country whose federal agencies, which are supposed to protect its populations from toxic elements in foods and household products, instead allows scientifically unacceptable levels of toxins in plastics and pesticides and fungicides in foods. It is a country more invested in protecting large-scale agribusiness by subsidizing chemically-based agriculture and exports in order to dominate international markets than it is in making organic produce reasonably priced for people who are struggling to make ends meet.

And when we inevitably fail, when we leave our kid in the car for five minutes so we can run into a store 15 feet away, does a passing stranger think, “that mom looks stressed – I should offer to help, maybe running into the store for her, or watching her car to make sure her child is okay”? No, the stranger videorecords the transgression and emails it to the police. Our parents, whose lives weren’t stress-free either, by the way, at least didn’t have to worry about being arrested for allowing their kids to walk home from a park alone.

Not to mention that most of them could afford to buy a house on a single salary. They could rely on pensions and social security to provide for them in their old age. And if times got really tough, they could apply for food stamps or welfare. Gen X-ers are trapped among student loans, reductions in job benefits, an impossible housing market, no parental leave, and excruciatingly high childcare costs. We move miles from our families only to find that the social policies and welfare programs that made our parents’ lives manageable when times got tough are being stripped away from us.

How much less stressful would life be with solid maternity leave? With safe and affordable childcare? With the security that if I quit my job our healthcare would be free and unchanged? With a government agency that did its freaking job and kept pollutants out of our foods so we didn’t have to become amateur biochemists? With schools that read the same damn literature on child development that we do?

If you want to understand Gen-X parents, look at the framework that supports them, or rather, doesn’t. Stop romanticizing the past. Stop demonizing the parents who are struggling to make the best choices for their children. And for God’s sake, put the videorecorder down and offer a hand.