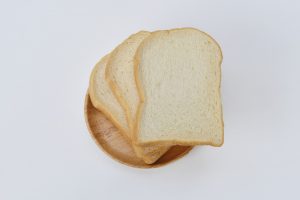 My family is super white. We love brunch at IKEA, we have varying relationships with rhythm, and we feel slightly guilty about everything.

Aside from our penchant for recording artists like Taylor Swift and John Mayer, however, our whiteness is hard to define. It is the great unmarked ethnicity, looming large but vague over more discernible ethnic identities. It is the lurking nature of white identity that makes it so oblivious to the oppressions and discriminations faced by other races. It’s what makes it so easy for us to inadvertently perpetuate them. And it’s what often pushes us in dangerous directions when we seek to define and celebrate whiteness. Indeed, the greatest sign of our whiteness is perhaps the fact that we are perpetually surprised by racism, even when it’s our own.

With the recent and sudden rise of visible white nationalism, of publicly visible racism, many of us white folks have popped our heads up, appalled. Yet the response from people of color has not echoed a belief in the “rise” of discrimination and hatred; rather, there is more of a disdain that it took white folks this long to notice what has always existed. 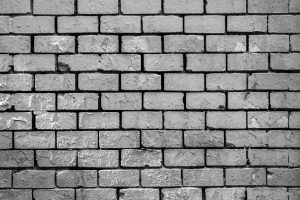 There were, admittedly, a few examples of overt racism in my extended family as I was growing up, usually blamed on the older generations. Some were egregious: a story of my parent’s cousin who once bullied and threatened to lynch a black kid. A great-grandmother who despised Native Americans because half of her family had been slaughtered in wagon trains as they crossed the Dakotas (a horrible story, although its retelling never included any recognition that they were uninvited, crossing native lands to settle permanently on native lands).

Some of the examples reflected the ignorance rising from segregated lives. An older family member used to casually toss around the “N word” in reference to black and Native Americans—not in a hateful way, just in a “those people over there who have nothing to do with me” kind of way. Another family member, who grew up in an exclusively white town, used to tell her children to wash off fruit before eating it, “in case a black man touched it.” Non-white folks were seen as fundamentally different than us, although that difference was interpreted in different ways. Despite an irrational fear and distrust of Mexicans, the same family members would brag about having Native American ancestry several generations back, without ever seeing the irony of indigeneity being differentially characterized as both a liability and a boon. Perhaps it was the dilution of NA ancestry with European ancestry that allowed for them to feel both more civilized than indigenous Americans and yet entitled to remain on their land.

Yet for the most part my family was supportive of the Civil Rights movement and of equal rights in general. Family members protested wars, refused to succumb to white flight, and sought to claim friendships with people of all races and religions. Many family members who are now considered white were not thought of so before World War II, and had deep empathy for those who were still discriminated against. But despite the ways my predominantly white family members have positioned themselves as allies to people of color, the pervasive othering of people of color remains.

Casual racism, which can appear sometimes as microaggressions, most often pop ups in conversation with my white friends and family members through humor and presumed familiarity, rather than malice. It’s my aunt’s friend Elizabeth who calls every year to wish her a “Happy Mah-tin Lutha King Junior Day from Nigga-beth”. It’s my cousin who obliviously told a Jewish friend that she calls her husband “Mike Jones-stein” because he’s such a penny pincher. 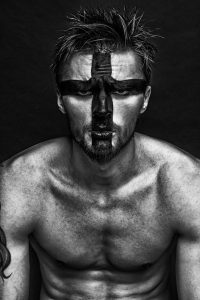 When a comment is identified by others as racist, there are two primary reactions: either a guilty admission that the comment was inappropriate or, much more likely, an expression that, because no deliberate harm was intended, the white person should be excused. Because if you “really knew me, you’d know I am the most tolerant person on the Earth.” Because if “you can’t make fun of people, then you’re saying they’re different, and isn’t that the real racism?” It’s the reliance on a person of color in the White House to justify that discrimination bears no weight any more. It’s the dentist on Seinfeld who only converted to Judaism for the jokes.

The examples of casual racism are problematic because they continue to perpetuate stereotypes, because they present people of color as different (read: inferior), and because they are so insipid they aren’t recognized by even the most enlightened white folks.

As we were trading funny stories of our childhood, a good friend of mine, who grew up in Appalachia, related a story of how much she and her sister loathed the Sukiyaki her mom would often make for dinner. Her dad, who was a Vietnam vet, laughingly referred to the dish as “Gook-iyaki”, and she and her sister distastefully renamed it “Gook-i-yucky”. I blinked a few times then repeated, “GOOK-i-yucky”? My friend, who was white and married to a person of color, and who is an impassioned advocate for immigrants and anti-racist activism, took a few moments to register the racial slur her father had embedded in the family joke. With a look of horror on her face, she replied, “I have to call my sister.”

In fact, our language is filled with antiquated references to race and ethnicity: feeling “gypped” (by those devious Gypsies), getting “jewed” (by those cheating Jews), receiving, then returning, a gift from a deceitful “Indian Giver” – it’s exhausting trying to undo the racial hierarchies of the past that have become woven into our language and practices. No wonder there is a backlash against “PC culture”.

But reexamining our phrases and suppositions isn’t about conforming to a correct politic, it’s about recognizing that those words have power, even if the people wielding the power don’t recognize it. As NPR recently reported, among whites, “racist” is a term generally saved for folks committing overt discrimination and violence. When quieter and more systemic forms of oppression are tagged as racist, or when jokes and common phrases trigger the accusation, white folks tend to get a little… defensive. “‘It’s like the N-word for white people,’ Robin DiAngelo, a professor at Westfield State in Massachusetts, told [NPR]… ‘If you call me a murderer, I’ll just laugh, because I’m not a murderer. But if you call me a racist, I’ll lose my s***.”

Race dynamics in the US are difficult because there are so very many ethnicities and skin tones and historical layers and political motivations. But there are at least three forms of racism that bear closer examination because they are unexpectedly tied together, not through the labeling of other racial groups, but through a shared lack of white ethnic identity.

These three examples are of course all varying forms of racism, reflecting institutional racism, denial of white privilege, and the appropriation of others’ identities. And yet, what is not being discussed directly is the crisis behind the racism: white folks’ struggle to articulate their own white identity. 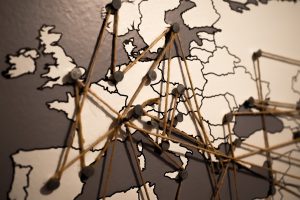 In an excellent and amusing documentary about white appropriation of Native American religion, White Shamans, Plastic Medicine Men, indigenous members from several tribes request that white folks stop profiting from Native American religion. Go find out about your own ancestors and their beliefs, one person implores, don’t come take ours. Fair enough. Now how exactly should I do that? I, like many other white folks in America, have nowhere to “go back TO”. Portugal? The Netherlands? France? Ireland? England? Canada? Protestantism? Catholicism? Gaelic, Celtic, pagan beliefs?

Mainstream American culture, with its appropriation of African music and Hindu iconography and Zen Buddhism, with its megachurches and Freemason organizations, with its celebration of holidays that overtly ignore and modify history to make acts of colonization and genocide seem congruent with peace and friendship—that IS white culture. We know that because whatever ISN’T white culture gets separated out: Hmong Cultural Center, Asian-American Studies, Thai food, etc. Minorities across ethnicities and races will say that they are never allowed to forget that they are part of a specific racial identity, but white folks have the luxury of simply not thinking about it. Until, that is, they are confronted with diversity, and with their own cultural group’s complicity with that same history of racism, genocide, and institutionalized discrimination.

Whiteness is the great American “unmarked” ethnic category. It comes with privileges folks often don’t even see or appreciate, despite the fact that they are demonstrably there. Folks say they don’t feel their privilege – they’re poor, working class, middle class, and don’t see how they got any help along the way. Yet sociologically, the difference in valuation between white and nonwhite is striking, whether in the history of how neighborhoods were assigned equity or in the number of callbacks identical resumes with different ethnic names receive.

The downside of being in an “unmarked” ethnic category is that you often feel like you don’t have a visible identity at all. Well, except one as a racist oppressor.

I know, boohoo. At least you are more or less guaranteed that your children will survive to adulthood and you won’t be turned down for a loan because of your skin color. Still, no one wants to be the accused. No one wants to feel guilty. No one wants to be brought to trial for what their ancestors did or for a system that preferences themselves without their consent. But becoming defensive over a racist cultural system doesn’t help the victims of that system, and it certainly doesn’t change the system.

So I put it to you, fellow white folks: how can we take account of what, if anything, our racial identity means to others and ourselves? How can we take responsibility for the past and present discrimination without being needlessly crushed by the sins of our foreparents? How can we be proud of our family while conscious of lasting injuries their politics and actions may have inflicted on others? How can we not take race seriously and yet take racism seriously?