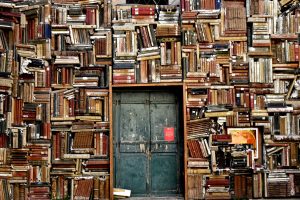 Fake News and the End of Facts I recently had the pleasure (?) of engaging in a fruitless debate on social media with a friend of a friend. One of the innumerable fake news stories circulating this year accused a presidential candidate of some ungodly behavior. While I do not usually spend my time defending politicians, this particular claim was so unfounded and clearly refuted that I had to put in an oar with some supporting credible sources. The response to my response? “Well, anyone can find any facts to support any opinion.” The concern over fake news has been a source of nonstop discussion for the last several months, whether focusing on its influence over the election, its success thanks to social media algorithms, or its connection to foreign sources, foreign governments, and … END_OF_DOCUMENT_TOKEN_TO_BE_REPLACED