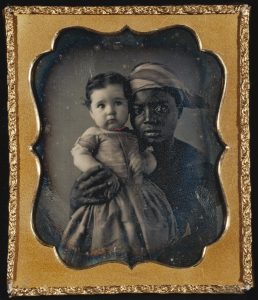 I had no idea I was singing the saddest song about motherhood of all time. It all started when I became curious about a lullaby my grandmother used to sing to me. It turns out that “Go to Sleepy Little Baby”, which I now sing to my babies, was from a radio show in the 1940s – The Judy Canova Show. Canova ended each episode with the lullaby, which she remembered hearing from her own mother. But the original song is much more disturbing. Although some connect Canova’s version to a Swedish lullaby, the most likely source is an African-American song, All the Pretty Little Horses, which dates to the time of slavery. Hidden in the sweet lyrics about cake and promises of horses and carriages is an often-omitted verse that is shockingly grim. As the enslaved nanny sings to the white baby … END_OF_DOCUMENT_TOKEN_TO_BE_REPLACED