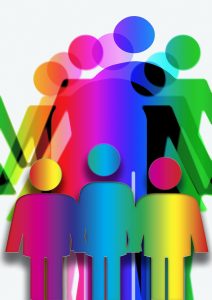 After the horrific mass murder in June focusing on the LGBTQ community at an Orlando club, the only thing worse than the massacre has been the thread of homophobic comments following it. The folks who have been loudest about their disdain for LGBTQ members continue to rely on outdated, subjective, and outright false suppositions about sexuality to justify discrimination against LGBTQ members. It turns out that when you look globally at issues of sex, gender, sexuality, and marriage, it is extremely difficult to summarize human practices as universal or natural. They’re just too damn diverse. So, fighting “truthiness” with anthropological “factiness”, I present the top five homophobic myths that anthropology (and a little social psychology) completely demolish. Myth 1: I know … END_OF_DOCUMENT_TOKEN_TO_BE_REPLACED